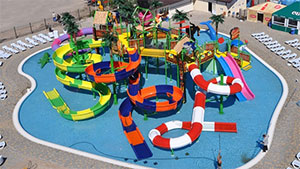 The expansion of the Ukraine's Orbita Aquapark includes that region's largest water-play structure and its first pneumatic-propulsion slide. Today, Koblevo's newest aquatic offerings at the Orbita Resort are giving guests more space in which to play. In fact, the waterpark is now the largest in the area.

An expansion to the Orbita Aquapark in Koblevo, Ukraine, is giving tourists just one more reason to visit an area long-known for being a haven of rest and relaxation. The park, which debuted in 2011, recently opened with an even greater variety of aquatic attractions.

The park's owner was so impressed with its popularity after its first summer that he immediately began plans with Polin Waterparks and Pool Systems (Istanbul, Turkey), which had supplied the facility's original rides, to begin an expansion with even more waterslides and a giant water-play structure.

A Resort Replete With Incentives


The Orbita resort, which the waterpark adjoins, is known for its appealing amenities and central location on the seafront. While the Orbita waterpark is designed for the pleasure of guests of the resort, outside visitors can also purchase passes that give them access to its water-filled fun amusements.

Two of the newest attractions, in particular, will stand out to this year's visitors: the park's Paradise Island water-play structure and the Looping Rocket waterslide:


Magic Shine as Polin call them are the waterslides produced by L-RTM (Light Resin Transfer Molding) technology. LRTM is the leading growth technology in fiberglass production. Polin is the single waterslide producer in the World that can offer its all line as RTM manufactured. All the waterslides at Orbito Waterpark have a shiny, and smooth finish that creates a superior look.

The other new attractions Polin has installed at the park include:

For the record the first waterslides that Polin has supplied in 2011: Wave Slide, Space Hole, Rafting Slide, MultiSlide, Black Hole and kids waterslides. 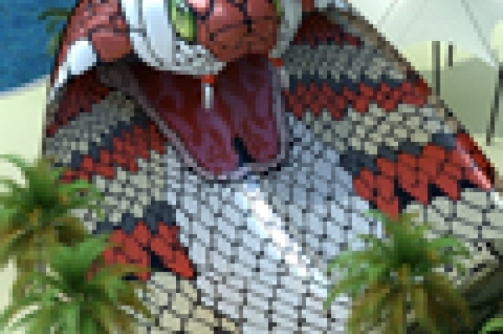