This year, aquanale celebrated its 10th jubilee. To mark the occasion, Eurospapoolnews, the official media partner of the trade fair, will be publishing a series of articles concerning the aquanale success story over the coming weeks. The first article will take a look back at the trade fair's launch in 2003.

aquanale, the international Sauna.Pool.Ambience trade fair was inaugurated in Cologne in 2003

The German Association for Swimming Pools and Wellness (bsw) collaborated with the sector's leading manufacturers and Koelnmesse trade fair experts to develop the concept for aquanale in only a few months. This new triumvirate of trade fairs on the combined subjects of swimming pools, saunas, solariums, sports facilities and leisure was extremely attractive to many target groups of national and international visitors and was able to harness beneficial synergistic effects. Naturally, the Koelnmesse supervisory board was deeply involved in developing the concept of the new trade fair.

Fritz Schramma, the chair of the supervisory board and Lord Mayor of Cologne at the time, was delighted to open the first aquanale on 5th November 2003 in a spectacular ribbon-cutting ceremony. He then took a comprehensive tour of the trade fair in the company of numerous exhibitors, association representatives, journalists and the president of the Koelnmesse at the time Jochen Witt. 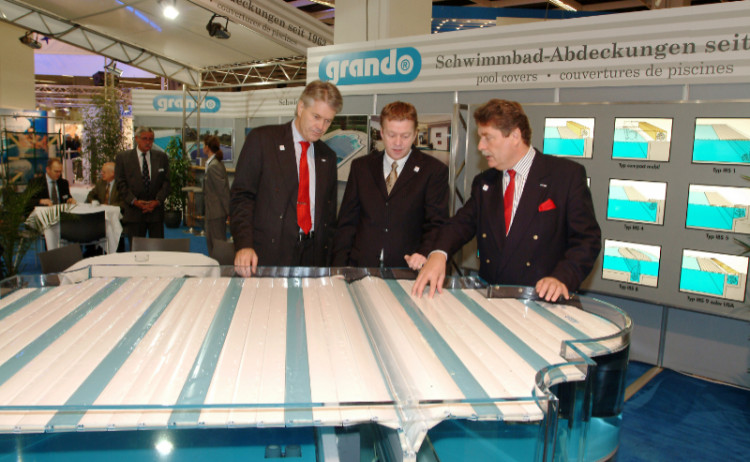 The media response to very first aquanale in 2003 was huge, and not just in the international industry media. For instance, the TV channel RTL, WDR 2 radio and the Handelsblatt business newspaper all reported on this innovative trade fair configuration. Even the Express, a major Cologne-based tabloid newspaper, noted as early as 2nd January 2003: Cologne has a new trade fair. 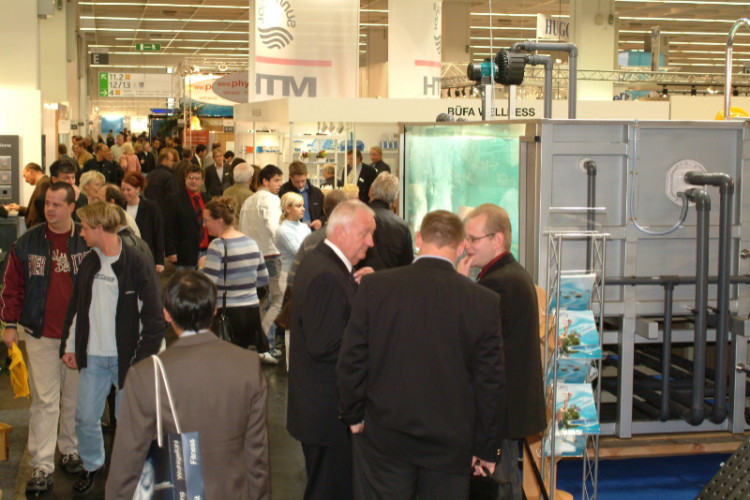 A particular highlight of the programme was Aquanight, a very special trade fair party. Instead of inviting exhibitors and visitors to a gala in a trade fair hall, as is usual at many events, bsw and Koelnmesse selected Hall/Gate 2 for their festivities. This location has a minimalist industrial ambiance and was decorated in avant-garde style for the Aquanight party. Their decision proved to be a hit. The inauguration was attended by around 400 guests who partied exuberantly into the wee hours. For many years now, Aquanight has been one of the largest swimming pool and wellness sector trade fair parties in the world, attracting well over 1000 national and international guests. 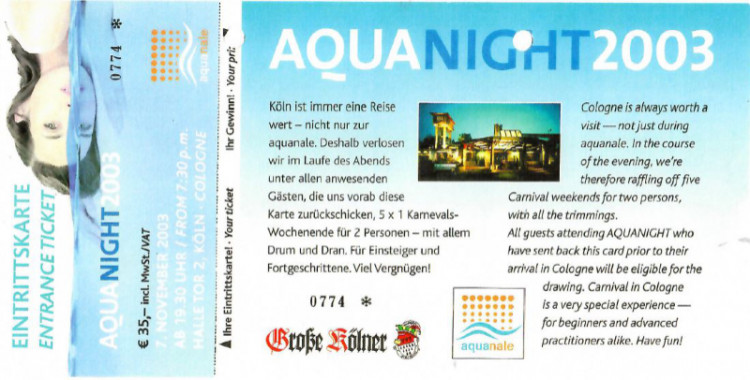 18 years on, the 10th aquanale will be held between the 26th and 29th October 2021. So the globally acclaimed trade fair of the swimming pool and wellness industry will be celebrating its 10th jubilee this year.

The international trade fair for Sauna.Pool.Ambience will be held in halls 7 and 8 of the Koelnmesse in October 2021. The themes will be private swimming pools, public swimming pool construction, swimming pool technology, public and private saunas and spas and green living. aquanale 2021 plans to build upon the outstanding success of the trade fair in November 2019: the international influence of the 2019 event was greater than ever and the quality of both supply and demand was unprecedented. Almost 28,000 visitors from 128 countries attended the fair to inspect the range of services provided by 281 exhibiting companies from 31 countries.